The Secret to Successfully Reaching Agreements and Getting What You Want

The Secret to Successfully Reaching Agreements and Getting What You Want 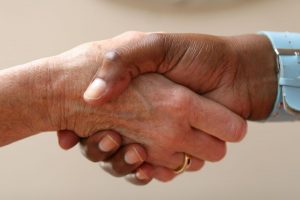 Conflicts and disputes are a way of life.  We simply can’t avoid them.  Especially with the people closest to us like family, friends, and coworkers.

So, when disputes inevitably arise, how can we resolve them while maintaining our important relationships?

For ex-spouses with children, it’s particularly important for the children’s well-being to reach successful agreements in the face of emotionally driven conflict.

And legal fees can run sky high when parents end up in court.  As a settlement-focused lawyer, my end game is to bring people together with successful agreements and keep them out of costly litigation.  One recent case, in particular, reveals this secret to successfully reaching agreements and get what you want.

When my client first came to see me (I’ll call her Sarah), she was at her wits’ end.  Her ex-husband, Rob, refused to help pay for college for their 18-year-old daughter, Amy.  According to Sarah, Rob claimed he was already paying child support.  And he gave Sarah a hard time about even that nominal amount that barely covered Amy’s expenses.

In New Jersey, divorced parents are legally obligated to contribute to their children’s college education costs, Sarah’s divorce agreement neglected to provide how college costs for their daughter would be paid.

Sarah explained that Rob owned and operated a successful chain of local restaurants, while their daughter had to miss out on attending the four-year out-of-state college she really wanted.  Amy had just started her first semester at the local county community college.  Sarah had paid for all of Amy’s standardized test preparation courses, private tutoring instruction and county college tuition, and books and school supplies for the first semester.

Sarah was livid.  She and Rob had largely been estranged since their bitter divorce 10 years ago.  And she was convinced he was the same selfish self-centered man who chose to spend his money on girlfriends and luxury cars instead of on his daughter.

Sarah wanted me to file a motion with the court and ask that Rob be compelled to contribute to their daughter’s college costs.  She hoped that if she was successful, Amy would be able to transfer to the four-year out of state college where she’d been previously been accepted.

I explained to Sarah that filing a motion could easily cost tens of thousands of dollars.  And there was no telling how a judge would decide.  More than likely, the court would order extensive exchange of financial documentation and a hearing with testimony before making a decision.

So, Sarah and I talked about how she and Rob might be able to come to an agreement out of court.  She insisted there was no talking to Rob.  According to Sarah, he does what he wants when he wants and refuses to listen to her,  even when it came to their daughter.  With Sarah’s permission, however, I reached out to Rob.  He chose not to hire his own lawyer and spoke with me directly.

I was committed to reaching a favorable out of court settlement for Sarah.  So, I listened to Rob and viewed things from his perspective.  He couldn’t understand why Sarah accused him of not supporting their daughter.  He explained that he had bought Amy a new car, but Sarah forced him to return it because Amy had  Sarah’s car to drive.  He’d also bought Amy a new MacBook and iPhone and paid for expensive acting classes in the city she wanted.

Yet Rob learned from Amy that Sarah  often referred to him as “The deadbeat.”  Rob hadn’t seen Amy in months and rarely spoke with her.  He blamed Sarah for the poor relationship he had with his daughter.  According to Rob,  he got “no respect or appreciation.”  As he put it, “whenever I try to do anything for my daughter, I get punched in the nose.”

Despite what Sarah said, he added, he wanted his daughter to have a good college education.  Especially since he didn’t have the chance to go to college.  But he felt repeatedly shut out by Sarah who single-handedly made all the decisions when it came to their daughter’s education.  It was clear from speaking with Rob that he loved his daughter and cared very much about her.

Even though I’d made it clear to Rob that I represented Sarah, by listening to him and validating his frustrations, I was able to gain his trust.  I encouraged Sarah to follow suit.  I coached her on how she might give Rob the respect and appreciation he was clearly looking for.  Not so much for Rob,  but for herself, and most importantly for their daughter.

Sarah began to encourage Amy to call and see her father.  She also invited him to visit the college that Amy wanted to attend.   Ultimately, Rob agreed to pay all college expenses at the four-year school where Amy had been accepted.  He also agreed to reimburse Sarah for the college expenses she’d paid so far. And Rob’s relationship with his daughter improved to the point where they were speaking and seeing each other regularly.

So, the secret to successfully reaching agreements and getting what you want?  Give the other person what they need and in turn, you will get what you need.

I’m not saying it will be easy, but it will be worth it when you get out from under crushing resentment and enjoy closer, more rewarding relationships.

For more tips, advice, and inspiration right to your inbox, sign up here for our monthly newsletter or weekly blog.