Divorce and family law matters don’t have to involve fighting – and shouldn’t.

When you have access to essential resources, knowledge and skills, you can reach agreements more quickly at less cost.  I value and honor the trust that my clients place with me personally and give each and every client 100%.

When we work together, you will have a personal source for answers, solutions and peace of mind.  I am your advocate, negotiator, and go-to problem solver.  This gives you the freedom to take care of what you need to do at home.  Let me handle the rest. 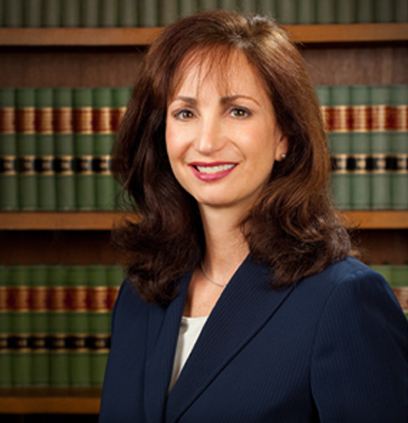 Why I Do What I Do

When Michele was a teenager, life as she knew it suddenly changed forever.  One day, her father sat her down and told her he and her mother were getting a divorce.  She had to break the news to her younger sister.

For the first time in her life, and for many years thereafter, Michele had experienced the true terror of feeling lost and out of control.

She had known nothing about how divorce was supposed to work and struggled to try and make sense of it all.

She felt vulnerable and scared.

Her experience made her think of all the people who have a traumatic experience with divorce, without the knowledge and information to help themselves and their children.

They feel alone and vulnerable, just like Michele felt when she went through her parents’ divorce.

No one should have to feel like that.  So she committed herself to empowering people with the knowledge and resources to make important decisions about their lives and their children.

Michele went on to hone her natural strengths in communication, negotiation and advocacy.

Before attending law school, she had a unique opportunity to work in Washington, D.C. on behalf of multinational corporations attending congressional hearings on Capitol Hill and reported to clients on key federal legislation.  Here is where she learned to break down key technical data and communicate succinctly and clearly to clients what they need to know and how they would be affected.

She then buckled down and put herself through law school, rising to the top 5% of her class.

For the first six years of practicing law, Michele practiced in New York City advising large multinational clients on how United States law would impact them when importing products into the United States.

She became intimately familiar with the intricacies of all forms of corporate financial documentation, which enables her to quickly identify and process key financial data to obtain the best results for divorce and family law clients.

Michele gained key trial advocacy experience in a high profile case on behalf of Nissan when it first started importing the Nissan Pathfinder to the United States. Specifically, she drafted the trial brief that was quoted word for word in the federal court opinion published in the New York Times awarding Nissan $30 million for damages from inaccurate classification of the Pathfinder by the United States Government as a truck instead of a passenger vehicle.

Michele opened her own family law practice in 1999 so she could develop closer personal connections with each client and make a meaningful impact on their lives.

As her practice grew, Michele began to see more and more that when people choose to have the court impose legal obligations on them, they relinquish their ability to make their own choices and create results.  She saw how the unpredictability of a court’s decision compounded the fear they were already experiencing as a result of their divorce or separation.  Much like the fear she experienced during her own parents’ tumultuous and acrimonious divorce.

So Michele decided to double down on her commitment to educate people about family law and empower them with solutions so they could move forward with confidence and peace of mind.

Please take a moment to sign up for my blog or check out the services I offer. Schedule a personalized one on one consultation, where we will explore all the ways that I can help you resolve your legal matter.  If you have any questions, you can always reach me directly at mhart@michelehartlaw.com.