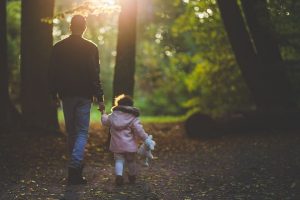 If you have kids and are separated from your spouse or considering divorce, this post is for you.   Generally, before resolving the finances of your divorce, such as alimony or division of marital assets, custody and parenting time arrangements will need to be made for your children.  These arrangements are typically finalized in a written legal document obtained in the following 3 ways.

In New Jersey, the vast majority of divorcing parents enter into a written agreement with respect to custody and parenting time without going to court. And it’s generally much better for children when divorcing parents agree on these arrangements without involving the court.  It’s also generally far less expensive.

Ideally, you and your spouse can agree directly on custody and parenting time for your kids.  Generally, at a minimum, decisions typically include: (1) where your kids will physically reside more than 50% of the time; (2) how you will each share parenting time with the children (including holidays and vacations); and (3) how you will share major decisions for the children’s health, education, and general welfare.  For more details, check out this post.

The lawyer representing you or your spouse can simply draft a custody and parenting time agreement that you both sign.  The signed agreement can simply be attached and incorporated into your divorce agreement.

These matters typically include how major decisions will be made regarding the child’s health, education, and general welfare; where the child will primarily reside; parenting time schedule,  including holidays and vacations;  and how any future custody and parenting time disagreements will be resolved.

If you and your spouse reach agreement in custody and parenting time mediation, the court mediator typically drafts a Memorandum of Understanding (“MOU”).  An MOU is a written non-binding agreement.

The mediator typically sends the MOU to each lawyer to review.  If there are no changes, MOU is typically forwarded to the assigned judge to enter it as a court order.

Sometimes, however, your lawyer might advise additional provisions in the MOU before making it binding.  These might include, for instance, parent authorizations for any illnesses or accidents, surgery, hospitalization, or summer camp; parents’ presence at school and other events and activities; parenting time during school breaks; or how to address when significant others enter the picture.

When you and your spouse agree on any such revisions, either lawyer might draft a legal document called a “Consent Order.”  This is typically signed by both spouses and lawyers and sent to the court and entered as a binding court order.

If you and your spouse are unable to reach a custody and parenting time agreement in mediation or with the help of attorneys, the court will generally designate a forensic psychologist to undertake an extensive child custody evaluation.  This process is generally far more time consuming and costly.  Perhaps most importantly, children are much more likely to experience adverse emotional difficulties.

The child custody evaluation generally involves psychological testing of each parent, multiple interviews with each parent separately and with the child and any additional relevant interviews or documentation.

The child custody evaluator will typically generate a report to the judge hearing the case. This report will include all of their findings and recommendations regarding how custody should be awarded.