The Number One Way for Entrepreneurs to Avoid Divorce

The Number One Way for Entrepreneurs to Avoid Divorce

Home > The Number One Way for Entrepreneurs to Avoid Divorce 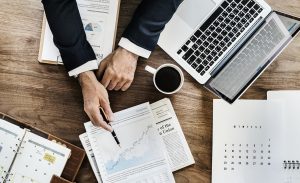 It’s no secret that running a successful business is hard work and takes relentless commitment.

Not unlike running a successful marriage.

So how can you have both?

How can you as an entrepreneur avoid divorce?

As a practicing family law attorney for over 20 years, I see marriages unravel when couples stop communicating.

This article reveals how entrepreneurs can be particularly vulnerable and the number one way to avoid divorce.

Meg Cadoux Hirshberg has been married for over 30 years to Gary Hirshberg, co-founder of the organic yogurt company, Stonyfield Yogurt.

In her bestselling book, For Better or For Work: A Survival Guide for Entrepreneurs and Their Families, Ms. Hirshberg delves into the challenges that arise when a couple is married to a business as well as to each other.

The Most Common Causes of Divorce among Entrepreneurs

Ms. Hirshberg is a contributing editor and former columnist for Inc. magazine.  In her article entitled “Why So Many Entrepreneurs Get Divorced,” she wagers that the divorce statistics for entrepreneurs are higher than the U.S. average.

Ms. Hirshberg cautions “just as company building can lead to divorce, divorce can destabilize a company, and even sap brand equity if the company trades on a family image.”

The Number One Way to Stave Off Divorce

Ms. Hirshberg’s entrepreneurial husband, Gary Hirshberg, offers his sage advice to entrepreneurs in the Afterword of For Better or For Work: A Survival Guide for Entrepreneurs and Their Families.

Mr. Hirshberg does “not believe entrepreneurs are genetically more comfortable with risk than others.”  What’s different, he believes, “is that entrepreneurs possess natural self-confidence,” and so their decisions don’t seem risky to them.

He endorses the point in the book where his wife notes the distinctive challenge of uncertainty faced by the spouse of an entrepreneur.

Mr. Hirshberg shares that he and his wife like to use the analogy of the driver calmly negotiating a curvy road and the passenger who feels helpless and sick to her stomach.  While he acknowledges that the passenger seat is very uncomfortable, “riding along in silence only makes things worse.”  He therefore advises:

As long as you are in that car together, you have to talk through what is happening.  You must really listen to each other and seriously consider both of your opinions and feelings…When the family’s security is on the line, such conversations are beyond critical.  Every aspect of the plan – the timing, the expectations, the contingencies – must be carefully considered and vetted.  The challenge for both entrepreneur and spouse is to know when you’ve said all you have to say on the subject, and to accept that the other personal has heard you.  Then you make that decision together.

The bottom line?  Keep talking to each other.

For better or for worse, you’re in this together.