Do You Really Need a Lawyer to Handle Your Divorce?

Do You Really Need a Lawyer to Handle Your Divorce?

Home > Do You Really Need a Lawyer to Handle Your Divorce? 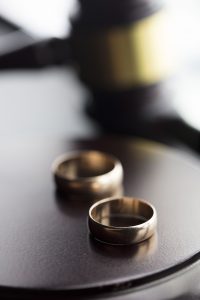 Many spouses considering divorce think their divorce should be simple and there’s no need to get lawyers involved.  After all, it’s a common belief that lawyers mean fighting and expensive legal fees.

What divorcing spouses often don’t realize, however, is that many key issues are often overlooked when reaching their own divorce agreements, only to land them in court after the divorce.

And it’s far more expensive to pay an attorney to try and fix a bad divorce judgment after the fact than to have a competent family lawyer in your corner in the first place.

For example, in reaching their own divorce agreements, divorcing spouses can easily overlook key provisions for child custody, appropriate current and future child support under New Jersey law, and college for the children.

In addition, there are certain things where the fairness of divorce agreements is largely determined by New Jersey law.  These include amounts and duration of alimony, and how certain types of assets are distributed, like retirement plans, premarital assets, inheritances, businesses, and lawsuit settlement proceeds.

By the same token, a competent divorce and family lawyer can draft up your divorce agreement in the proper legal format to make it binding when the court enters your divorce judgment.

While New Jersey divorce court documents can be found online and filed without a lawyer, if the correct forms are not used or are filled out improperly it’s likely to cost far more to pay a lawyer to fix things after the fact.

Please call or click here to schedule a personalized consultation and learn how to avoid such pitfalls and save fees in the long run.